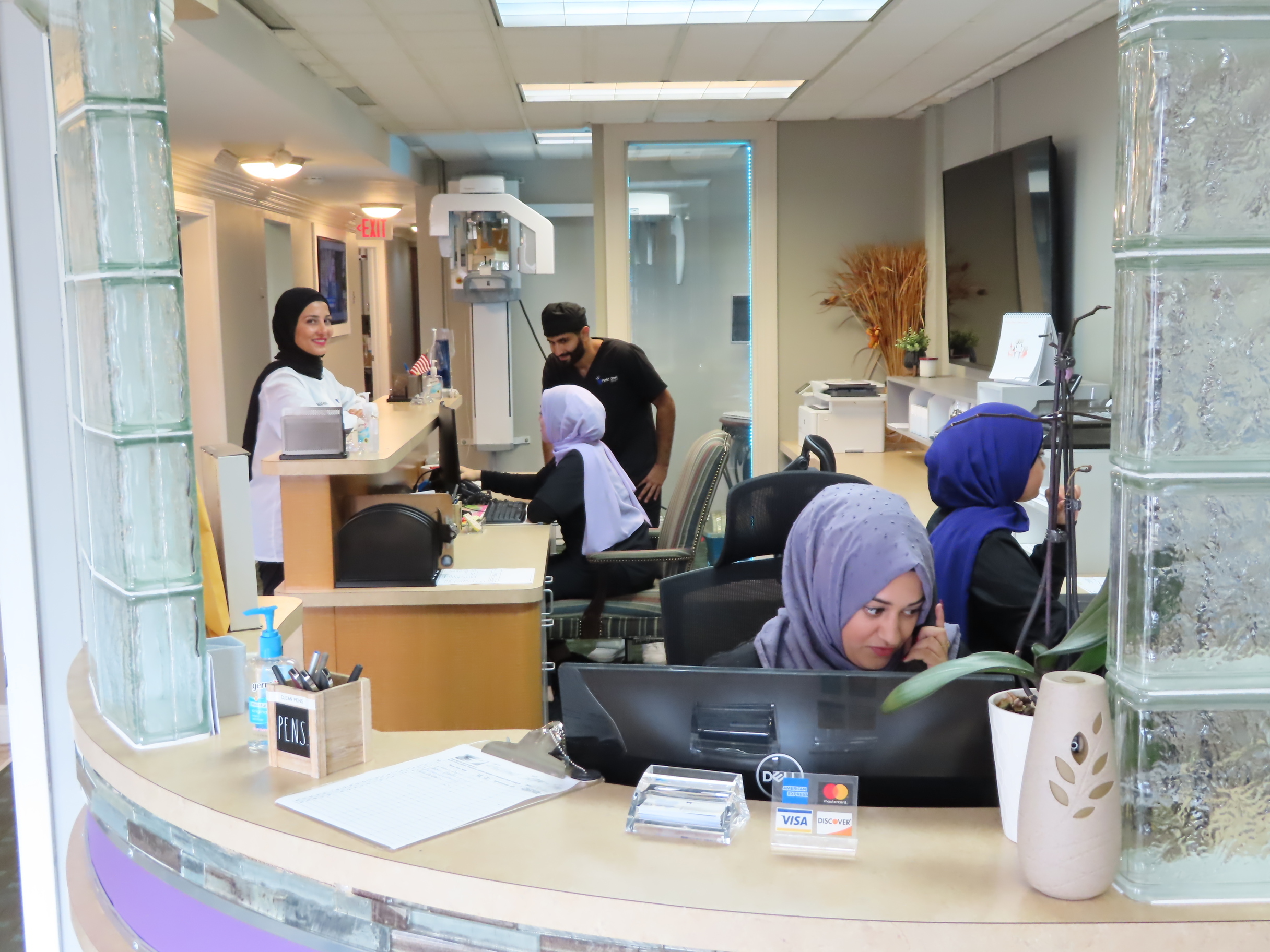 Here at Family Crown Dentistry, we believe that a smile tells a thousand words, and we are dedicated to giving our patients high-quality dental care. We offer a full range of dental services, so all of your family’s needs are met under one roof.

Our goal is for you to leave our office with a memorable and enjoyable dental experience, which is why our welcoming and compassionate staff will do everything they can to make you feel right at home.

Dr. Khadije Hussein graduated from Wayne State University in 2016 with a master’s degree in biomedical engineering. She served as a professor at Baker College from 2016-2018. She earned her Doctor of Dental Surgery in 2018 at the Detroit Mercy School of Dentistry and takes continuing education courses throughout the year. In her free time she enjoys horseback riding and traveling. She likes growing her office and helping as many people as possible.

Dr. Hussein came to the United States in 2005 and worked very hard to be where she is today, learning English and adapting to a new environment.

Dr. Hussein also had the privilege to attend the Invisalign Reingage course in Las Vegas, which was taught by the top Invisalign speaker Dr. David Galler, in which she became a member of the American Academy of clear aligners and top provider.